City of over 270.000 inhabitants, it is for sure the most pleasant city to live in Romania. The center of the tourist city revolves around the City Hall Square (main square of the city) where there are many coffee houses and restaurants. On its north-western side rises the imposing Black Church. After the fire of 1689, due to the colour of the blackened outer walls, it received the name of „ The Black Church” and it is known as a symbol of the Transylvanian Gothic art.

END_OF_DOCUMENT_TOKEN_TO_BE_REPLACED 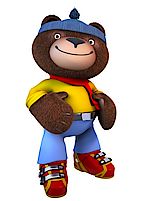